if you're here from twitter because i stopped posting, i ask that you NOT ask twitter or anyone to do a wellness check on me. i wouldn't do that to anyone. you can really interfere badly with someone if you do that. for me, no good, only bad, can come to me from someone doing that. SUBJECT CHANGE, since blogger has changed for the worse. i clearly made a new paragraph, but they got jammed together. that's people for ya. gotta change: even if it's for the worse. anyway, this is presumptuous. not like anyone would give a fuck, but just in case. don't recall when, but months ago at least, i began saving tweets of mine i felt like saving. they're in a file on my computer called "FUN STUFF." there's quite a bit of stuff in that file, but if someone just enters "tweeted" as a keyword search, it will take 1 to them, because i always added "tweeted x" to the tweets (x being the date it was posted).
Posted by The Bald Vegan at 3:30 PM No comments:

(submitted to the NY Times as an op-ed: no reply) I'm willing to donate my body, and all its organs, to people who need them in exchange for a reliable, peaceful, painless death. I am an antinatalist. I strongly feel as though I never should have been born. No one has ever consented to being born and submitting to all of society's rules and laws. And if one doesn't live the way one is "supposed to," there can be very grave consequences to face: homelessness, addiction, incarceration, being the victim of violence, etc. I have OCD and depression, or is life in society the problem? If someone is depressed, they "have a problem," which is traditionally treated with therapy and/or antidepressants (I've tried therapy and a few different antidressants without any real sastisfaction.). But what if they simply can't stand doing the same things everyday: urinating, defecating, butt wiping, rushing, in a commute that is potentially very dangerous, to get to a job they hate, on time? I also hate shopping, cleaning, laundry, in short, I hate life. I have attempted suicide. I've tried to hang myself several times, and, obviously, I have failed every time. Perhaps it's because, as an adult, all my homes have been apartments, and one would assume, when designing an apartment, one wouldn't want to make it easy for a tenant to hang oneself, since dead tenants don't pay rent. Very frustratingly, the pills that would allow one to die reliably, peacefully, painlessly already exist, but, unfortuantely for people like me, I can't just make an appointment with a doctor and have them prescribed to me. I'm alone. I'm old. I'm quite sure life isn't for me. I am childfree. I have no pets, animals to take care of. I'm not married, don't have a significant other, have very few friends and haven't seen any of them in months, so I wouldn't be leaving anyone behnd, and isn't it my life anyway? People need organs. We know this. As I mentioned, do with my body and all its organs whatever you want as long as I get a "good" death. Help me die, and my organs will help people live. Isn't it a better alternative than someone jumping or lying in front of a train and leaving a grisly corpse that children might find? Desperate times call for desperate measures. Though, truth be told, as much as I hate my life, like many people, I'm terrified of a horribly painful suicide, and even more, surviving it only to be worse off than before (paralysis, for example). Why should I continue miserably? I am environemntally conscious, and people are bad for the environment. I have a car, so I reluctantly contribute to climate change. I try very hard to not be wasteful, but every time I use toilet paper, etc, I am wasting. This is a serious offer. Though considering I'd be giving my life and my body, I'd prefer to not have to pay for the procedure.
Posted by The Bald Vegan at 7:34 AM No comments:

Email ThisBlogThis!Share to TwitterShare to FacebookShare to Pinterest
Labels: antinatalism

Email to My Mother

my mother: "Have you called any of the tel #s I gave you? Please keep in touch."

me: i haven't. i'm taking antidepressants now, they're not helping, & i've taken a few different kinds & none have worked. therapy hasn't worked either. i hate life. i hate pissing, shitting, wiping my ass, shit jobs I hate, cleaning, laundry, shopping, & all these other things i hate doing. i hate my chronic pain, aging, that i've lost my looks & i can look forward to getting older, uglier, weaker, & more pain
Posted by The Bald Vegan at 3:34 PM No comments: 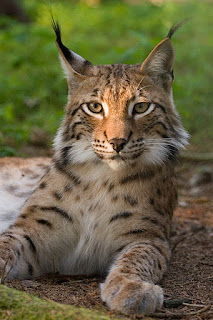 i ain't a liar. i'll be brutally honest, so we don't waste our time.
out of work right now bc i hated my job, so i quit, which is an honest thing to do. don't like it? MOVE ON! I DON'T CARE! ain't broke, tho. have $ in savings from working
i have very lil faith in this at this point, bc most ppl are such hardcore conformers & so simple-minded
i refuse to support animal cruelty (buy meat, egg, dairy, leather, etc). that means for me, you, ANYONE.
I'm sure i don't want to have kids, so if u want to, look elsewhere. this is a very f'd up world, which should be obvious. glad i haven't forced any1 into it
i'm not an optimist; i'm a realist.
i don't care to be a conformer. i have my own mind.
i don't believe in god
ciao, bella!
Posted by The Bald Vegan at 3:07 PM No comments:

REALLY frustrated w/this at this point. 1st of all, i ain't stupid, so don't even try to scam me. ask me for $, & i'll report you i refuse to support animal cruelty (buy meat, egg, dairy, leather, etc). that means for me, you, ANYONE. I'm sure i don't want to have kids. i'm not an optimist; i'm a realist. i don't care to be a conformer. i have my own mind. it's sad, but i find that women are more likely to judge me when it comes to how much of a loser i am (i work full-time, but i don't have a prestigious job, & i don't make a lot of $. if that's a prob, i'm def not interested in you) as opposed to my morals & values, which i'm proud of my experience is, if women are considering dating me, they will interrogate/judge me: fine. i will be brutally honest, because there's no point in wasting time, nor do i want to be w/someone who's obsessed w/$, status, because that's so typical. BTW, i AIN'T a sugar daddy, & i ain't gonna be 1
Posted by The Bald Vegan at 6:06 AM 1 comment:

I'd always gotten the asshole vibe from this regular customer at work. He'd made fun of me before, & I'm sick of seeing his ugly face. I work as a lumber cashier at Lowe's, & I see some customers everyday or nearly everyday: frequently multiple times a day. It sucks. This guy is 1 of those customers.
When this guy is there by himself, there aren't problems. But when he has an audience, watch out. He's been there with his kid(s), & asked me, "Are you having fun?" & I've said, no, & he's laughed, which might not sound so bad (Certainly, trust me, it's boring & typical.), but context is everything sometimes. I'm real; that's how I am. If I'm miserable, I have neither the energy nor the inclination to act happy. & I'm frequently miserable at work for good reason; my job sucks.
Lately, this asshole has been coming into Lowe's with a young guy: a teen. So they come to my register. While I'm doing my job, the asshole asks me, "Do you like your job?" He's such an asshole, I was expecting him to laugh when I said, "no," but he didn't. "What's your passion?" he asked. As I mentioned, I'd gotten the asshole vibe from him before, so I didn't answer. he said, "not this?" I said, "no." The teen said, "Are you certified in anything?" "No," I said. "He don't give a fuck about you," the asshole said. "He's angry," 1 of them said as they were leaving. It was humiliating. They ganged up on me. If you don't see it, you had to be there.
I'm such an easy target. I stand there, they approach me, & I have to deal with them. Realistically, to be a cashier at my age means I'm a loser. & that's how they treated me. & people are so shitty, they don't care WHY you're a loser, just that you ARE 1, & therefore, it's OK to treat you like 1. Maybe I'm a loser because I'm the result of a teen pregnancy, my father left when I was 2, my mother has always been cold, selfish, lazy, uncaring, stupid, etc, & I was molested by a family member (the short version).
So that in itself sucked, but it wasn't over. That occurred at the "front end" of the store, where the main exit is. Then, as usual, I moved to the lumber register to relieve the woman who starts there at 6:00 am. So they returned. Fucking great, I thought. Even though he's well into adulthood, I saw the asshole jump onto a cart & ride it a bit.
So they approached me again. The asshole said, "hi." I was still pissed at them, so I said nothing. He laughed & so did the teen. Then he asked, condescendingly, "which register do you like better: this or the other 1?" Again, I said nothing, & again they laughed at me. I'd had enough.
"I don't appreciate you hassling me while I'm trying to pay my bills & keep a roof over my head!" I said very angrily to the asshole. I had bagged his purchases & tossed them hard onto the counter, which may have hit him a little bit, & there was hard stuff in that bag. He looked shocked; I didn't care; I was furious.
"You got it wrong," he said. "I was trying to be nice." "You laughed at me!" I replied. He said, "Yeah, but- (don't recall the rest)."
Then he called me a prick. Obviously, you can get fired for cursing out a customer, so I said, "You are!" The whole time, the teen is smirking at me: so fucking disrespectful & shitty. Then the teen bought an energy drink. I virtually always hand the change to the customers: not this time. I definitively put his change & receipt on the counter; our hands touched a little. I did not thank them for their purchases; again, I virtually always do that. The teen continued to smirk, as he said, "Have a nice day" (sarcastically) to me.
As they were leaving, the asshole loudly said, "What a fucking asshole!" or something like that, which was obviously meant for me. The teen laughed.
For quite a while, hours, afterward, I felt sick: possibly the result of an adrenaline dump. I also had, & still do, some fear. What if they come back to beat the shit out of me? I spend a lot of time alone over there: especially at night. What if 1 or both of them know Karate, etc.?
That's why I titled this "Cowards," because that's what people who fuck with other people while they're working are. It's not fair. He can call me a prick, an asshole, but I can't unless I don't mind getting fired, which doesn't seem so fucking bad, & hasn't for a while now.
Now I can "look forward" to dealing with them again (& again & again).
Posted by The Bald Vegan at 5:24 AM 1 comment: